The Face of COSMETIC DENTISTRY 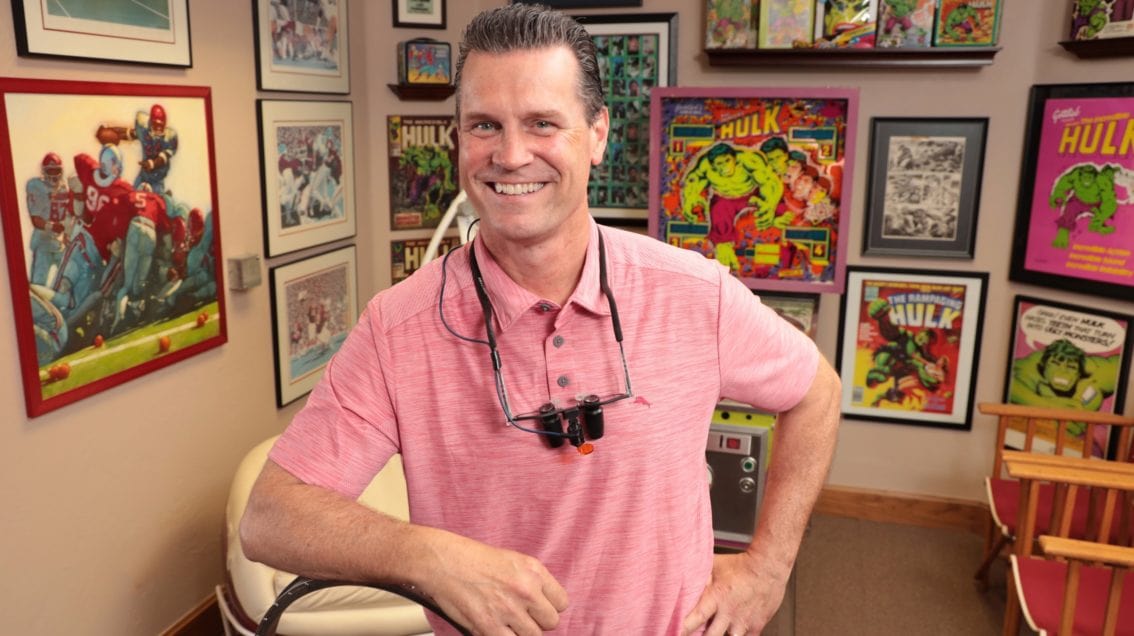 As a native Oklahoman who's no stranger to defining his own path, Geoff Potts is the epitome of spirit and determination. Whether as President of the University of Oklahoma's RUF/NEKS organization or as the face of cosmetic dentistry in Norman for the past 23 years, he's committed to the art of excellence and personal attention. Geoff Potts, DDS takes pride in his staff of only four members, including himself. The team has worked together for more than 15 years, resulting in relationships that Potts' patients are quick to recognize. It’s not a traditional dental experience; this tight-knit group provides a sense of caring and trust in a setting that might otherwise elicit patient anxiety.

Rather than a crowded waiting room with clinical decor, the setting of Potts' dental office provides an atmosphere of intentional care and interest in his patients. With the highest level of technology and equipment, Potts offers a vast array of services, from cosmetic to general and restorative dentistry. Potts stated that his favorite aspect of business is "the opportunity to develop relationships with my patients that last for generations. It is very rewarding to see patients as children, who now bring their children to our office!"

According to his family, Geoff Potts is the "world’s greatest" father to his beautiful, brilliant daughters, Annabella and Sophia, and "the perfect" husband to his wife of 24 years, Donna Potts – the pair began dating in high school! In addition to being the Face of Cosmetic Dentistry for 405 Magazine in the past, Potts is most fond of the multitude of honors awarded to him by his children, including the "Big Muscle" Award (circa 2006), "King Pong" (Ping Pong Champion), and his most cherished award, the "#1 Dad" Trophy, which was repurposed from the "King Pong" Trophy. While his family could continue listing his accolades, Geoff Potts is best described by what his patients admire most about his business: "The relationship between Dr. Potts and his staff, the genuine care/ concern that he has for his patients' needs/ desires, and the artistry that delivers their beautiful 'after' smiles!" 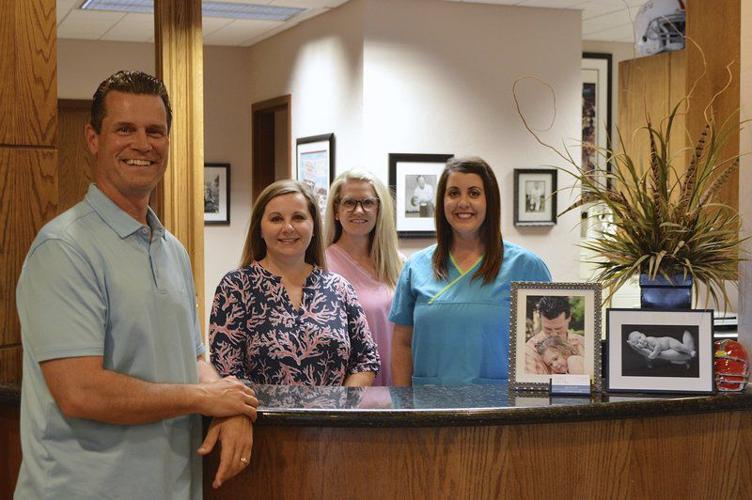 Geoff Potts was a kid from Broken Arrow who attended business school, then dental school, married his high school sweetheart and settled down to open a practice. Now, years later, he's got two kids in Norman schools and he's starting to serve second generation patients who grew up under his care and now bring their kids to him. Potts will celebrate 20 years of serving Norman and the surrounding communities next month. "I can't believe it's been 20 years," he said. "I think about it, and I think as long as I stay healthy, I could do another 20. I think my staff would like me to stick around for another 20." Geoff Potts DDS at 1020 24th Avenue NW is located adjacent to other professionals in an office park behind Taco Bell just south of the Homeland at 24th and Robinson Street. "When we first moved in here, there wasn't much around," he said. "You could actually see our building from the road."

Locating in Norman wasn't in his long-term game plan when he left Broken Arrow all those days ago. "I came to OU in 1989 to start business school and then after getting my degree in business administration, I went to dental school," he said. His soon to be wife, Donna, joined him at OU a year later. "She was a year behind me in school," he said. "My daughters are Norman girls." Norman North sophomore Annabella enjoys playing soccer, and his younger daughter Sophia is a student at Whittier Middle School. Potts attended OU dental school at the Health Sciences campus in Oklahoma City then began thinking about where to open a practice.

"Initially, I had thoughts that maybe I would go back to the Tulsa area, and I looked around at different opportunities," Potts said. "I considered a practice in Claremore, but it wasn't a good fit. I had an opportunity here in Norman, and it turned out definitely to be the right decision." His first three years he worked in a practice with two other dentists before opening in his current location. He's been here ever since. "I did have a patient fairly recently and she asked me where I was from," he said. When he told her he was from Broken Arrow and he'd been here since fall 1989, she pointed out to him that he had been in Norman for nearly 30 years — the majority of his life. He wasn't born and raised here, she told him, but maybe he should start saying he's from Norman. "I definitely feel like Norman's home," he said. "I’ve raised my children here." Norman's grown a lot over those nearly three decades, but he's made strong community connections through his practice. 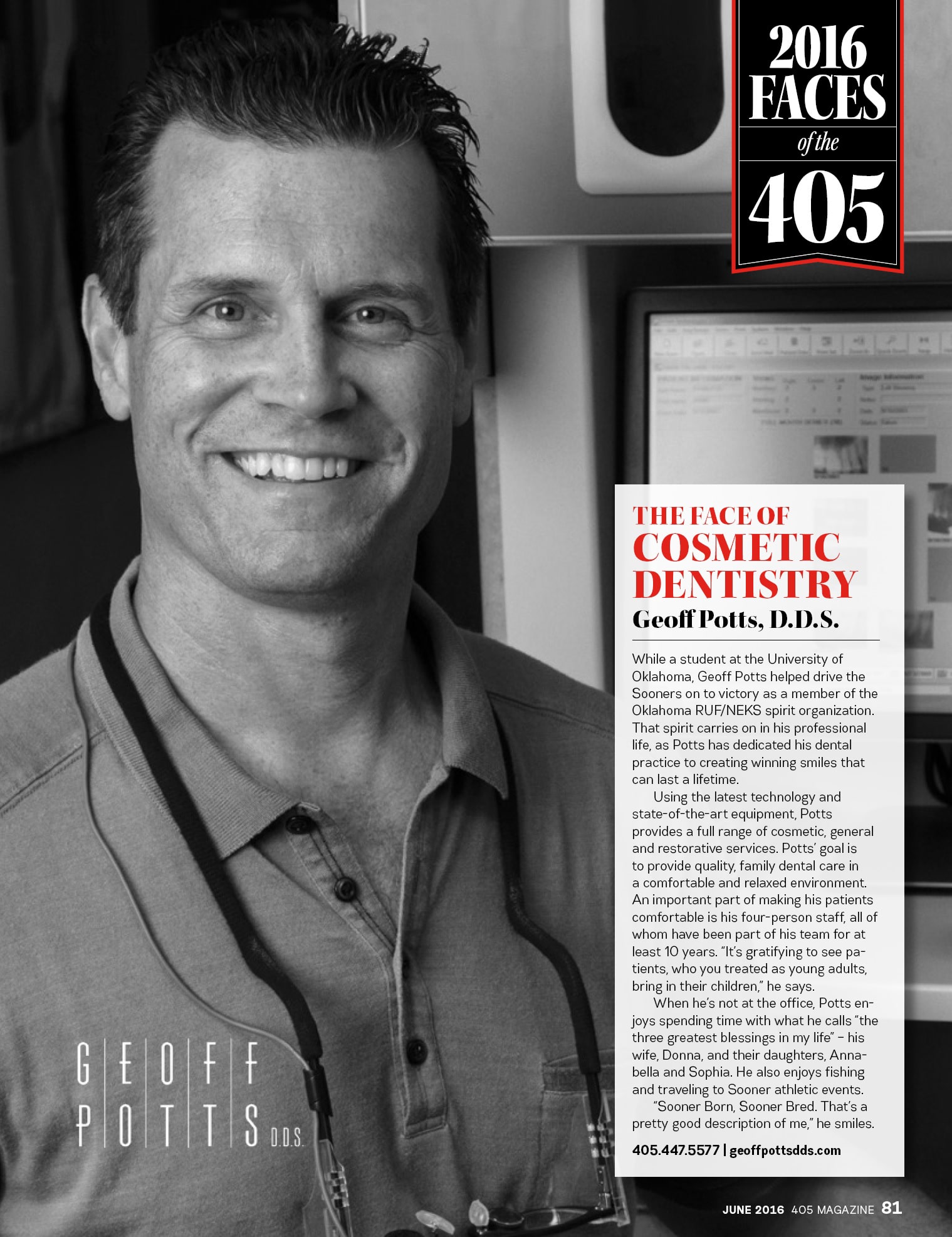 While a student at the University of Oklahoma, Geoff Potts helped drive the Sooners on to victory as a member of the Oklahoma RUF/NEKS spirit organization. That spirit carries on in his professional life, as Potts has dedicated his dental practice to creating winning smiles that can last a lifetime.

Using the latest technology and state-of-the-art equipment, Potts provides a full range of cosmetic, general and restorative services. Potts' goal is to provide quality, family dental care in a comfortable and relaxed environment. An important part of making his patients comfortable is his four-person staff, all of whom have been part of his team for at least 10 years. "It's gratifying to see patients, who you treated as young adults, bring in their children," he says.

When he's not at the office, Potts enjoys spending time with what he calls "the three greatest blessings in my life" - his wife, Donna, and their daughters, Annabella and Sophia. He also enjoys fishing and traveling to Sooner athletic events.

"Sooner Born, Sooner Bred. That's a pretty good description of me," he smiles.

We are thrilled to have the honor of being voted one of Oklahoma's Super Dentists. Super Dentists are selected in a thorough, stepwise process that combines peer nomination, peer evaluation by practice area, and independent research and examination. It is a listing of outstanding dentists from 8 dental specialties who have attained a high degree of peer recognition or professional achievement.

We are honored to have earned the service industry's coveted Angie's List Super Service Award, reflecting an exemplary year of service provided to members of the local services marketplace and consumer review site in 2014.

Angie's List Super Service Award 2014 winners have met strict eligibility requirements, which include an "A" rating in overall grade, recent grade, and review period grade; the company must be in good standing with Angie's List, pass a background check and abide by Angie's List operational guidelines.

In this year's Best of the Best, by the Norman Transcript, our office was honored to win the categories of: Best Dentist and Best Hygienist.

Thank you for trusting us with your dental care and for making us #1 in the community! 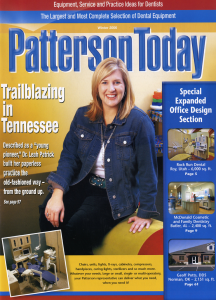 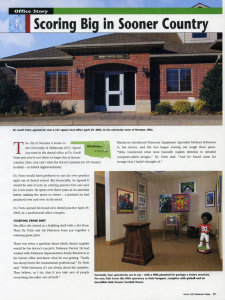 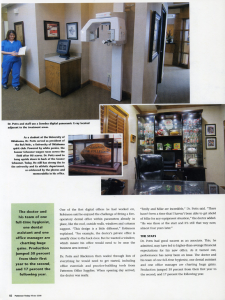 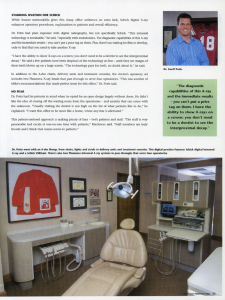 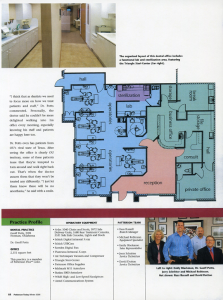 Dr. Geoff Potts - Committed to Norman and Your Teeth! 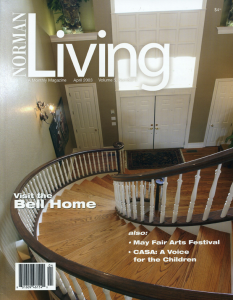 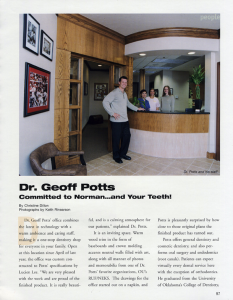 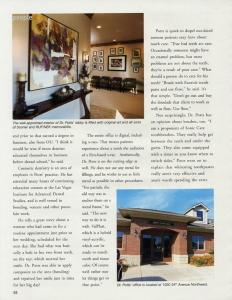 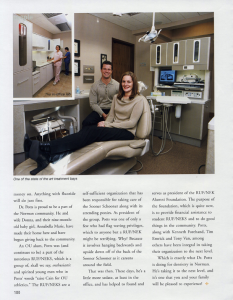